Reviews belong to the authors. Reviews were created for and are willingly contributed to the Humanities Center for the Feature Film Friday Project.

In the summer of 1992, a group of college students and their film teacher make a movie in the streets of Singapore, a place where there is little domestic film production at the time. After their work is completed, the young screenwriter, producer,… 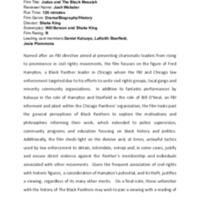 Film Review: In the Mood for Love 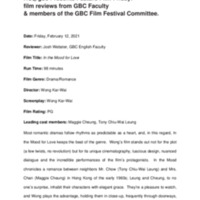 Film Title: In the Mood for Love
Reviewer: Josh Webster