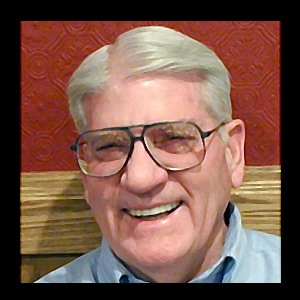 It is with great sadness that we mark the passing of Howard Hickson on 2 July 2015. The Virtual Humanities Center and the entire Great Basin College community extend our sincerest sympathies to the Hickson family and friends.
Elko Daily Free Press Obituary

Howard Hickson's Histories are true stories about Northeastern Nevada's colorful past, written with wry humor and keen insight into the sometimes comic, sometimes tragic, sometimes downright eerie lives of cowboys, miners, and gamblers, villains and saints and men and women of both extremes, who've inhabited or passed through the region.

Writer, photographer, and museologist Howard Hickson was Director Emeritus of the Northeastern Nevada Museum in Elko. He came to Elko expecting to spend only one year here. Love of the area and its people kept him here, where he spent his time collecting and writing about Northeastern Nevada.

The collection is a cultural treasure that Great Basin College is privileged to make available to the world.

The VHC is currently importing Hickson's stories into our searchable database, and we present here a few of our favorites.

The complete original archive can be viewed online at http://www.gbcnv.edu/howh/

Any views, findings, conclusions, or recommendations expressed in Howard Hickson's Histories do not necessarily represent those of the National Endowment for the Humanities.

All stories © Copyright 1993-2015 by Howard Hickson. This presentation of Howard Hickson's Histories is made possible in part by a major grant from the National Endowment of the Humanities: Exploring the Human Endeavor.