Who was Howard Hickson? 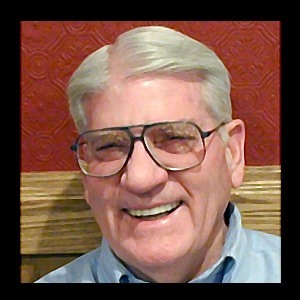 It is with great sadness that we mark the passing of Howard Hickson on 2 July 2015. The Virtual Humanities Center and the entire Great Basin College community extend our sincerest sympathies to the Hickson family and friends.

Howard Hickson was Director Emeritus of the Northeastern Nevada Museum in Elko. He retired in 1993 after heading the national award-winning museum for almost twenty-five years. Prior to moving to Elko in 1969, he was Curator of Exhibits at the Nevada State Museum in Carson City. He came to Elko expecting to spend only one year here. Love of the area and its people kept him here.

He is an historian, writer, photographer, commercial designer and artist, and museologist. Nevada Magazine has featured his articles and photographs. He is the author of Mint Mark: CC - A History of the U.S. Mint in Carson City, now in its seventh printing, and most recently Elko, One of the Last Frontiers of the Old West. Both are available from the Northeastern Nevada Museum.

In 1994, the University of Nevada Board of Regents designated him a Distinguished Nevadan.

Elko, Nevada →
Who was Howard Hickson?