Although he loved collecting stories of the places and characters of northeast Nevada, Howard Hickson also relished relating his own humorous experiences and stories. 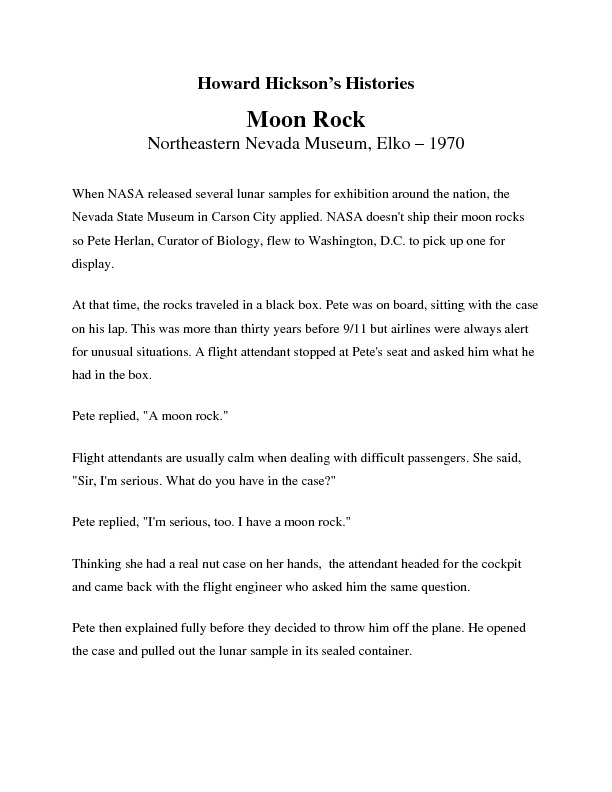 In the early 1970s, the Northeastern Nevada Museum was granted permission to exhibit one of the "moon rocks" which NASA had collected from the Apollo lunar missions. Given the scarcity of the rocks, NASA's strict transportation policies required the rocks to be personally escorted by a representative of the exhibiting museum. Howard Hickson relates his experiences in transporting a "moon rock" cross-country on a commercial airline flight--and how a northeastern Nevada snowstorm made the "moon rock" late to its own exhibition in Elko.