Vince J. Juaristi's experiences and pride as a member of the Basque community and looking forward to Basque celebration as part of the National Folklife Festival.

Sprawled between the Washington Monument and the U.S. Capitol, the Smithsonian hosts the National Folklife Festival each year. It's really something to see with all the care and detail one expects of a Smithsonian exhibit. In the July swelter, hundreds of thousands attend to study and learn about unique cultures from around the country and across the globe. From June 29-July 4 and July 7-10, this year's festival will showcase the Basque.

When I learned this news last year, I felt a bit of pride; well, not a bit, a lot. I thought about dad's journey from Spain to America, and the journey of so many Basque like him during the 1940s. I marveled at how far the Basque had come as a people.

Their story is courageous, maybe heroic. In Spain after World War II, a boy or girl born with nothing grew up with nothing and died with nothing. That was the way of most things. It was a cold life, as it still is in much of the world. You got nuthin', dad said in broken English.

Tired, desperate, and poor, the Basque came to America to start anew. Most arrived with five dollars in the pocket, and others arrived with even less. They did not speak the language. They had little education. They boasted no special contacts or prominent pedigrees. Their titles were sheepherder, laborer, waitress, maid, cook, or seamstress.

With strong backs and a thirst to do better, they worked until sweat dripped and muscles ached. For dad, as for most Basque, what had been nuthin' grew more optimistic. You got nuthin', you make sumthin', he said. The Basque worked harder still, learned English, and gained citizenship.

They raised families and pressed education for their kids. Those children soon graduated from the finest colleges in the land, and then branched far and wide into business, politics, medicine, law, and science. The parents nourished the oak, the children enjoyed the shade.

The news about the Smithsonian Folklife Festival did indeed swell me with pride, but it was not for me. It was pride for dad and mom, and for all Basque who had crossed an ocean and then a continent to settle in the American West. These were men and women with courage and unbridled determination. They herded the sheep and farmed the fields, waited the tables and tended the bars, made the beds and mopped the floors, kept the language and honored the traditions.

The pride was for Ana Marie Arbillaga's dancing lessons, for Bernardo Yanci's accordion playing, for Gene Irribarne's brilliance on the clarinet, for Chapo Leniz's steak and beans, for Juan Juaristi's sheepherding, for Nick Fagoaga's castanet playing, for Pete Ormaza's craftsmanship, for Jess Lopategui's mastership of ceremony, for Felicia Basanez's famous flan, and for so many others. Some are no longer here, only in spirit, but the pride is for them too.

This story is not a new story in America's legacy as a beacon for the downtrodden and oppressed. But it is an important story. Dad's optimistic words – You got nuthin', you make sumthin' – epitomize the spirit of his generation, and in a real sense, describe our country's unique role in the world better than any statement I've heard.

Few groups have lived the story as well as the Basque. Few have worked so hard and achieved so much in so short a time. Fewer still have balanced a unique culture and language with the duties and obligations of being fully American.

Now even the Smithsonian recognizes the achievement. When the folklife festival kicks off this summer, I hope the Basque attend in great numbers. I hope the mothers and fathers come, and the children too. I hope they remember their personal journeys and share their stories. I hope they see where they're at, amid the stone architecture, pomp, and democratic cradle of a great nation, and feel themselves an important part of history.

When Gernikako-Arbola, the Basque tree of freedom, is planted on the national mall, or a band of sheep grazes near the White House, I want the Basque to know that their story is a good story, and the work of a generation has been worth it. Out of nothing, the Basque have made something.

Anyone wishing to support the Elko Basque Program at the Smithsonian should contact Angie deBraga at Great Basin College - angie.debraga@gbcnv.edu. 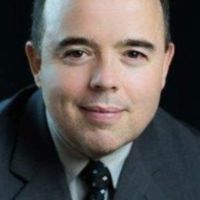 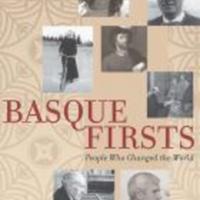