Theresa Sam is a Western Shoshone from the Duckwater Reservation, NV and is part of the Blackeye family.  She begins her narrative by telling us how, when she was a teenager, she started going to school at Stewart.  She then goes on to explain how the Duckwater Reservation started in 1942 and how people from Smoky Valley, Reese River, and Cherry Creek (where her family came from) came to the reservation.  She then explains how she took part in the 1956 Relocation Act which landed her in Chicago and eventually became a nurse at Illinois Masonic Hospital.  Theresa then speaks about the issues that occurred with the children of Duckwater and the local schools.  Her and other members of the Duckwater community took action which resulted in the creation of the school at Duckwater Reservation.

Non-commercial scholarly and educational use only. Not to be reproduced or published without express permission. All rights reserved. Great Basin Indian Archives © 2017.
Consent form on file (administrator access only): http://humanities.gbcnv.edu/omeka/admin/items/show/347 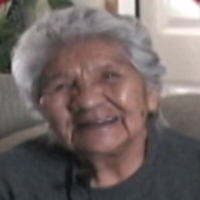 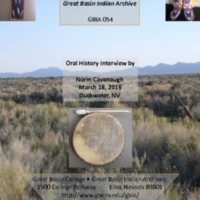