Clara Woodson was born in Battle Mountain. She tells us about her family and who they worked for, how they lived, and what traditions that they had. She describes the sociopolitical setup of the Great Basin region in relation to Chief Te-Moak and Tutuwa. She illustrates how her grandfather still used wagons and horses to get his supplies. She also explains what type of traditional food that they hunted and gathered. Gracie Begay was born in Austin where her family lived. She tells us of her families experience with school, and when the soldiers came into the area. They both tell us about where and how they lived in Battle Mountain. They also speak of some of the traditional Shoshone stories such as Coyote and the Hand game.

Interviewed by Joe Doucette for the Great Basin Indian Archive

View video on separate page if above viewer does not work.

Non-commercial scholarly and educational use only. Not to be reproduced or published without express permission. All rights reserved. Great Basin Indian Archives © 2016.
Consent form on file (administrator access only): http://humanities.gbcnv.edu/omeka/admin/files/show/430; http://humanities.gbcnv.edu/omeka/admin/files/show/431 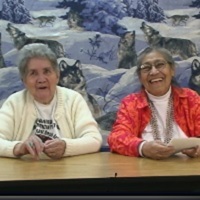 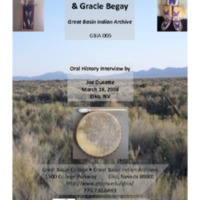