At the Indigenous Environment Network (IEN) meeting in Lee, NV on May 8, 2006 Raymond Yowell spoke of the Western Shoshone’s struggle with the United States. He recants the audience with the history of the Shoshone people explaining the various groups which belong to the Shoshone Nation before the United States re-organized them. Furthermore, he describes the methods which were applied towards the Western Shoshone in relation to land ownership. He goes on to tell the audience about the Bureau of Indian Affairs and the Claims Commission court proceedings, and the appeals which took place at the international level in the U.N. courts

Non-commercial scholarly and educational use only. Not to be reproduced or published without express permission. All rights reserved. Great Basin Indian Archives © 2017
Consent form on file (administrator access only): http://humanities.gbcnv.edu/omeka/admin/items/show/315 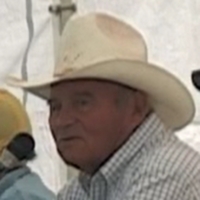 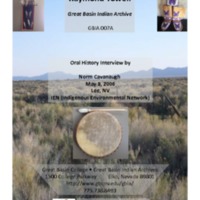