Anthony Tom is a member of the Te-Moak Western Shoshone and a veteran from the Air Force who lives at the South Fork Reservation, which he and others referred to as Lee, NV. He speaks about the South Fork community’s virtues, as well as, his experience growing up there and ranching. Anthony also talks about how and what he would hunt with his Grandpa John. He goes on to tell of his time at the Phoenix Indian School, and how it changed his life, an in fact led him to attend the California College of Arts and Crafts. He also informs his audience of the Indian Relocation Program, and the resulting aftermath. He also speaks about his time in Tribal administration, his time as an artist, and how he owned Picture This in Elko, NV. He ends his presentation by telling us about his time playing hand-games.

Non-commercial scholarly and educational use only. Not to be reproduced or published without express permission. All rights reserved. Great Basin Indian Archives © 2017
Consent form on file (administrator access only): http://humanities.gbcnv.edu/omeka/admin/files/show/463 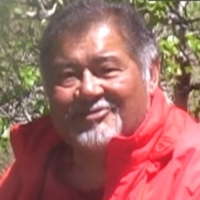 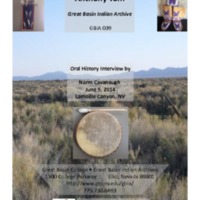