Beverly Brazzanovich and Harold Miller are both Paiute from eastern Nevada. Harold Miller was born in 1927, and whose native name is Bazinokwah, is from the Walker River reservation near Schurz, NV. Beverly Brazzanovich, on the other hand, heralds from the Pyramid Lake Tribe by Pyramid Lake, NV. Harold begins the interview by speaking about the Depression and how many natives worked on ranches, and how his parents met one another at Stewart Indian School and eventually married. He also speaks of his childhood, being raised by his grandparents, and going to the Indian School in Schurz. Likewise, Beverly was partially raised by her grandparents on a homestead or ranch called the Potato Patch. Both speak of the native Paiute culture including women’s rights of passage, hunting practices, religious teachings, taboos, folk tales, and harvesting practices. They both emphasize how the younger generations, by means of assimilation and contact with other groups, have lost many indigenous cultural practices including their native language.

Non-commercial scholarly and educational use only. Not to be reproduced or published without express permission. All rights reserved. Great Basin Indian Archives © 2017.
Consent form on file (administrator access only): 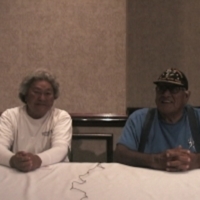 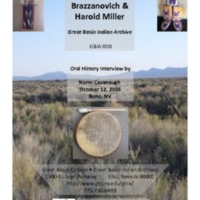