Illain Tybo Premo was born to Ada Cortez Johnson and Cortez Charlie who were from the Beowawe/Cortez area. Her ancestors came from Smoky Valley and the Austin area. During her childhood she speaks about moving all around Western Shoshone territory to places such as Elko, Battle Mountain, and South Fork. She speaks about living in both Battle Mountain and South Fork reservation. She also speaks about her grandmother Minnie, who was a medicine woman, who lived in Battle Mountain and taught Illain traditional lifeways of the Shoshone. She was taught traditions such as picking nuts and berries, hunting deer and rabbit, using traditional medicines, and getting up early and doing chores. She also speaks about attending Stewart Indian School after 8th grade. She also tells us a few Shoshone stories including the Toya Deanapa (Mountain boy), Tso’ovich (stone man), and ba’a wa’a (water-babies). She ends her narrative by cautioning the younger generations about using alcohol and drugs.

Non-commercial scholarly and educational use only. Not to be reproduced or published without express permission. All rights reserved. Great Basin Indian Archives © 2017.
Consent form on file (administrator access only): http://humanities.gbcnv.edu/omeka/admin/items/show/373 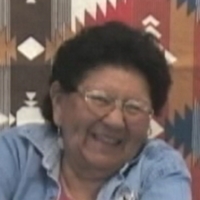 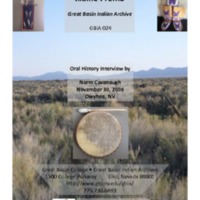