Lyle Nutting and Eloy Thacker were both born and grew up in Duck Valley Reservation (Owyhee, NV-ID) and attended school there as well. In fact, Nutting’s dad was the first principal in Owyhee, at a time when there were five separate schools there. Lyle also speaks about how the school had evolved from being those five schools to Swayne Indian School and eventually Owyhee Combined School. Comparatively, Eloy Thacker speaks about his time in grammar school up until high school. He speaks about his time involved in different sports, which helped him to eventually attend Brigham Young University. Both presenters speak to the unique history of the Owyhee school system, and how it eventually became what is known as today.

Non-commercial scholarly and educational use only. Not to be reproduced or published without express permission. All rights reserved. Great Basin Indian Archives © 2017.
Consent form on file (administrator access only): http://humanities.gbcnv.edu/omeka/admin/items/show/375 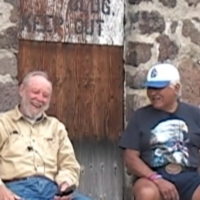 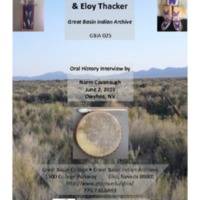