Maurice Churchill is a Western Shoshone from Yomba, NV. His family came from Smoky Valley, NV. Maurice discusses his own cultural experiences as well as the importance and relevance of cultural knowledge. He talks about how the relationship between Native Americans and the Federal Government motivated him to become knowledgeable in the cultural field. He also talks about the history of burials and traditions that went along with such cultural occurrences, and shares a series of short stories that go along with topics such as Federal Government decisions that influence Native Americans.

View video in separate page if above player not working

Non-commercial scholarly and educational use only. Not to be reproduced without express permission. All rights reserved. Great Basin Indian Archives © 2018 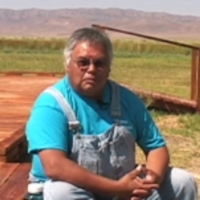