Judy Moon Glasson was born and raised in Ruby Valley, NV and was one of seven children – four sisters and two brothers.  She moved to Elko to find a job and ended up getting married.  Judy speaks about how Elko use to be a small town until the mines opened up in Carlin, NV.  She then speaks about the traditional practices of the Western Shoshone such as pine-nutting, Bear dances, Hand games, and Circle dances.  She also enlightens her audience on some of the history of the Ruby Mountain area and moreover what the Western Shoshone people did therein.  Judy ends her oral history by encouraging younger generations to keep up the Shoshone traditions.

Non-commercial scholarly and educational use only. Not to be reproduced or published without express permission. All rights reserved. Great Basin Indian Archives © 2017.
Consent form on file (administrator access only): http://humanities.gbcnv.edu/omeka/admin/items/show/340 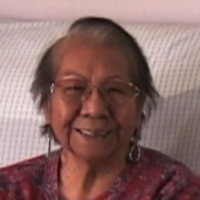 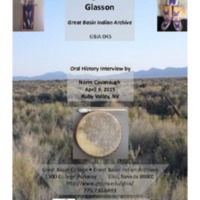