Evelyn Temoke-Roche is a member of the Te-Moak tribe of Western Shoshone.  She begins by discussing the land of her ancestors around Harrison Pass and Ruby Valley, and how they were known as the Wadda dikka clan (rice-eaters).  She goes on to speak about the Union Soldiers and the atrocities brought to the Western Shoshone which occurred before, during, and after the Ruby Valley Treaty.  She then goes on to tell about the Shoshone living near Cherry Creek, NV, and the types of food that were hunted and gathered by the Shoshone as well as the type of creatures living there.  She also speaks of the ranching and homestead conflict her father went through in Ruby Valley.  The oral history ends with Clifton Gardner relating what he knows of Medicine Springs, and of the traditions of the Native people in Ruby Valley.

View Oral History video in separate page if above player not working.
Transcript in process

Non-commercial scholarly and educational use only. Not to be reproduced or published without express permission. All rights reserved. Great Basin Indian Archives © 2017
Consent form on file (administrator access only): http://humanities.gbcnv.edu/omeka/admin/files/show/465 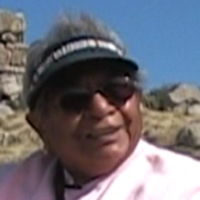