Ronnie Dixon is a Western Shoshone from the Battle Mountain Band, born and delivered by his grandmother on the Battle Mountain Colony, and was raised in Battle Mountain.  He was also raised by his grandmother and grandfather.  He tells us about the history of his grandparents, and how he went to school with his sisters and friends.  Ronnie then goes on to tell about his times drinking, being a cowboy with his father, and how he was drafted into the Army during Vietnam.  He tells us about his time in the Military.  And then goes on to tell of his job in Owyhee as a Substance Abuse counselor, and his philosophy around spirituality and drinking.

Non-commercial scholarly and educational use only. Not to be reproduced or published without express permission. All rights reserved. Great Basin Indian Archives © 2017.
Consent form on file (administrator access only): http://humanities.gbcnv.edu/omeka/admin/files/show/488 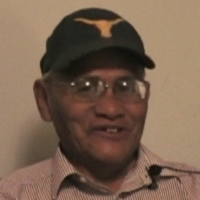 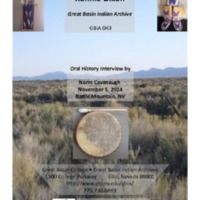