Ana Maria Arbillaga immigrated to the United States in 1960 after the death of her mother. Her aunt was already in the U.S. After a year in Santa Rosa, California, Ana Maria moved to Elko, Nevada. She discusses the process of immigration and adaptation to American culture, as well as some comments on life in Spain under the regime of Francisco Franco.

English; some Basque and Spanish 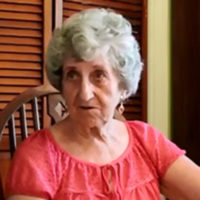