Raymond Yowell is a Shoshone who was born in Elko, Nevada on September 23, 1929. He spoke of his birth and the eventual adoption by his relative Frank and Annie Charley from Smoky Valley. Raymond also spoke of traditional medicines, traditional practices and the Indian doctors who conducted the events and used these items. He also speaks of his travels as a child moving back into the Lee, NV area, and going to school there. He also tells us of the traditional hunting practices of the Shoshone as well as the types of animals that were hunted during certain seasons of the year. Raymond also entered the Air Force during the Korean War which he comments upon. Lastly, he tells us some traditional Shoshone history as told to him by one of the Shoshone Elders.

Non-commercial scholarly and educational use only. Not to be reproduced or published without express permission. All rights reserved. Great Basin Indian Archives © 2017
Consent form on file (administrator access only): http://humanities.gbcnv.edu/omeka/admin/items/show/317 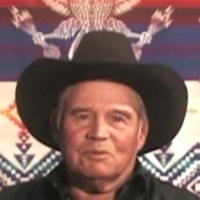 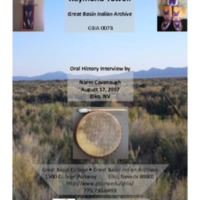