Vivian Cinnabar is a Western Shoshone who resided at Duck Valley Reservation (Owyhee, NV) the majority of her life. She starts her narrative by speaking about contact and conflict between the Western Shoshone and the emigrants who were coming into the area who started up ranches. She also tells about the formation of the Ruby Valley Treaty of 1863, the Duck Valley reservation and how it was originally set up to be completely Western Shoshone, and Carlin Farms. She also gives an account of her relative Captain Buck. The conversation then turns towards her time attending school. She first started at Owyhee and eventually ended up in Sherman Institute in Riverside, CA. She also describes how many of the people in Owyhee ended up attending Stewart Indian School. Vivian describes her time working as an engineer at the old hospital in Owyhee, and how she contract Tuberculosis (TB).

Non-commercial scholarly and educational use only. Not to be reproduced or published without express permission. All rights reserved. Great Basin Indian Archives © 2017.
Consent form on file (administrator access only): http://humanities.gbcnv.edu/omeka/admin/items/show/369 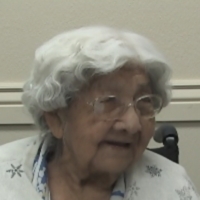 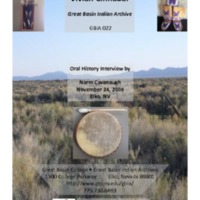