Naomi Mason was born in 1929 and is currently a member of the Duck Valley Reservation.  Naomi begins her oral history by speaking of her mother and father’s lives, and how they belong to the Dosa Wihi (White Knife) clan.  She speaks of the Carlin Farm reservation, Duck Valley Reservation (Owyhee), and how the Shoshone would ranch these areas or be employed as cowboys.  Naomi also speaks of the Native Agents during the 1910s in Owyhee.  She also tells us of her fellow peers going to Stewart Indian School or Chemawa as well as the Reorganization Act of 1934.  She also speaks of her schooling from Berkley and ISU, as well as her career as a public nurse.  She draws attention to the culture and history of the Shoshone people within the Nevada area.

Non-commercial scholarly and educational use only. Not to be reproduced or published without express permission. All rights reserved. Great Basin Indian Archives © 2017
Consent form on file (administrator access only): http://humanities.gbcnv.edu/omeka/admin/items/show/328

English transcript with some Shoshone transcriptions available as pdf file 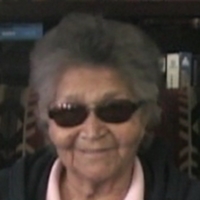 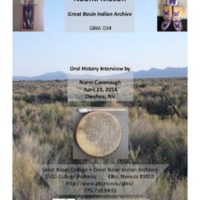