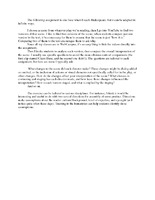 One of the central humanities skills we want students to learn is appreciating the various, equally valid interpretations than can arise from a single source--whether that be a policy proposal, a scientific report, or a play.

Teresa Howell uses this assignment to tackle the question of interpretation and ambiguity in the plays of Shakespeare. 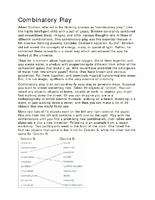 Creativity, so valued in the modern workplace, is one of the most difficult skills to teach.

Kathy Schwandt has been using this "Combinatory Play" model to engage students with the concepts of creativity by engaging in synthesis.

As she describes the basic idea behind the process:

"Think for a moment about hydrogen and oxygen. Blend them together and you create water, a product with properties quite different from either of the component gases that make it up. Who could have predicted the emergence of water from two simple gases? Alone, they have known and obvious properties. Put them together, and seemingly magical transformations occur. But, it is not magic; synthesis is the very essence of creativity." 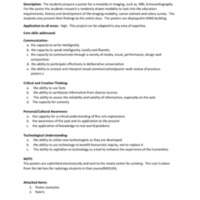 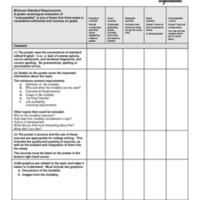 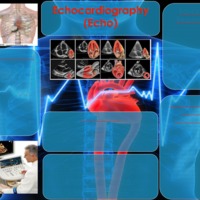 Another core humanities skill is the ability to communicate information clearly and concisely. Technical and professional industries are increasingly calling for a greater emphasis on such skills to be taught as a core part of a collegiate education.

Mary Doucette has been using a poster project centering on different kinds of medical imaging to simultaneously help students learn the different uses of these technologies as well as develop the skills to explain such technologies to others--which will often in many cases include future patients.