Carrie Dan is a Western Shoshone from Crescent Valley, NV. Carrie attended and spoke at the Indigenous Environmental Network (IEN) Conference in Lee, NV on May 8, 2006. She spoke about the Western Shoshone’s current position within the United States in relation to land claim rights. She also spoke about how the Shoshone trustees have not filled their obligations as trustees. She also describes how the Bureau of Land Management and the Department of Interior have “lied” to the Western Shoshone people which has caused undo harm. She ends by suggesting that tribal leadership protect Western Shoshone lands for future generations.

Non-commercial scholarly and educational use only. Not to be reproduced or published without express permission. All rights reserved. Great Basin Indian Archives © 2017.
Consent form on file (administrator access only): 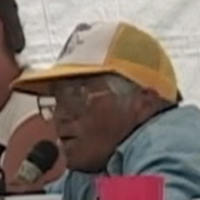 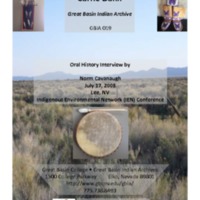